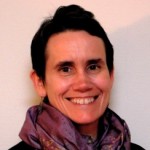 Spring is in the air, and that means it is time to start planning your trip to the next annual CASCA meeting, to be held this year in Winnipeg, Manitoba. Registration is now open and the abstract submission deadline is April 8. More information is available on the meeting web site. The graduate student workshop will be on May 30th, 2016 with the CASCA meeting itself May 31st – June 2nd, 2016. In addition, there will be a half-day meeting on the status and future of ground-based submillimetre astronomy in Canada on Friday, June 3rd. The meeting will be held at the historic Fort Garry Hotel, located in the heart of Winnipeg, within easy walking distance of many attractions such as The Forks and the Canadian Museum for Human Rights. Our new Diversity and Inclusivity Committee has drafted a meeting Code of Conduct that is being reviewed by the CASCA Board. There will also be a special plenary session on diversity and inclusivity at the meeting itself.

The Westar Lecture series is planned to resume in 2016. The new model for this series will combine a Westar lecture by an astronomer with hands-on teacher training activities offered by Discover the Universe. An ad hoc Westar committee has been formed to coordinate planning; the committee consists of Lorne Nelson for the CASCA board, Julie Bolduc-Duval for Discover the Universe, and Phil Langill from the Unviersity of Calgary. The EPO Committee will select the initial lecturers. We are planning to target more remote sites without good connections with a local university, possibly in northern Canada.

Many of you will have seen the announcement on February 16, 2016 that Vicky Kaspi has been awarded the Gerhard Herzberg Canada Gold Medal for Science and Engineering from the Natural Science and Engineering Research Council. It is great to see a member of our community recognized with this high-profile national award! Vicky is also the first woman ever to be awarded the Herzberg medal. Congratulations to Vicky on this well-deserved award!

Spring is also the time when we announce our CASCA award winners. Our winners this year are

Congratulations to all our award winners and I look forward to seeing you at the CASCA meeting in Winnipeg!

Work on the report from the Mid-Term Review panel is very nearly finished. An initial draft was released to the community for a two-week comment period on February 23. The final revisions are nearly done and we expect to release the final report (electronically, English only) any day now. The report will be translated into French and printed in both official languages, which will take additional time.

Early in the new year, the Coalition for Canadian Astronomy reached out to the new Federal Government, with letters to key ministers followed up by a face-to-face meeting with the Minister for Science, Kirsty Duncan, in Ottawa on February 25. We took this opportunity to introduce the minister and her staff to our long range planning process and to highlight key facilities from that plan, including the Thirty Meter Telescope, the Square Kilometre Array, and WFIRST. The tone of the meeting was very cordial and the new minister appears very interested in hearing about the exciting science that our community does, which is very encouraging.

In facility news, the TMT situation continues to evolve slowly, with meetings by the TIO Board in February 2016 and the beginning of a process to review possible alternative sites for the telescope (see contribution from Ray Carlberg in this newsletter). The Canadian Space Agency celebrated the successful launch on March 17, 2016 of Hitomi (formerly known as ASTRO-H), a new Japanese X-ray telescope with which Canada is involved. The CSA has also released a Request for Proposals for Phase 0 studies for the WFIRST mission, which is an important and necessary step towards ultimately securing Canadian participation in this Dark Energy mission.

Finally, one of the annual tasks of the CASCA President as chair of the Canadian National Committee for the IAU is to submit our “Annual Performance Review” to the National Research Council. This report is important as it helps to justify the payment of our annual membership dues (29,000 Euros in 2016) to the IAU. This year we continued our tradition of excellence and achieved a rank of 3 out of 28 Canadian National Committees across a wide range of disciplines that submitted reports for 2015.